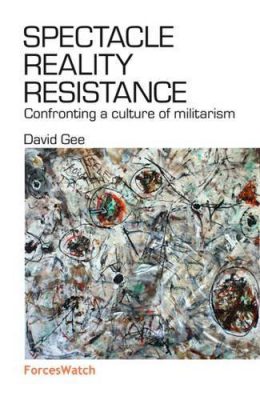 2014
Quaker Peace and Social Witness has produced two new resources for peace education: Conscience (primary school-focused) and Conviction (secondary school-focused). Conviction can supplement existing lesson materials in subjects such as History, Religious Education or Citizenship, and be used to support the delivery of Personal Social Health Education (PSHE) or Spiritual Moral Social Cultural (SMSC) education. Through engaging with speaking and listening activities in pairs and groups, children can discuss and reflect on historical source materials including documents, letters, posters and images. 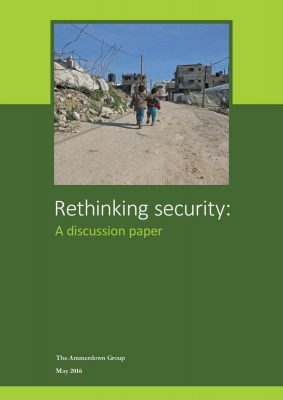 This paper, published by ForcesWatch and Child Soldiers International, shows that the taxpayer would save approximately £50 million per annum if the minimum age of recruitment were raised to 18; it would also result in the army needing to find about 211 fewer new recruits annually, based on current numbers joining the trained strength. The paper concludes that the case to cease recruiting from age 16 is now overwhelming and urges a full, independent review of the policy, with a view to phasing out the recruitment of minors as an unnecessary, cost-ineffective, and fundamentally unethical practice. 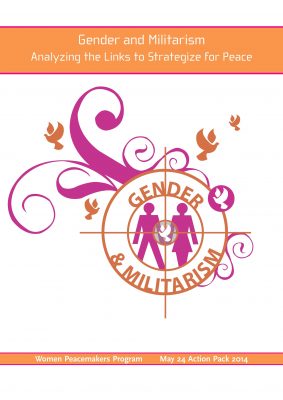 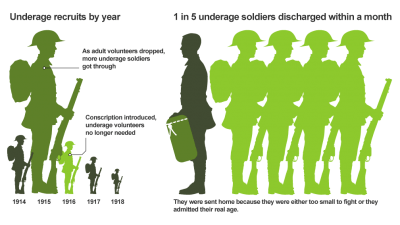 A BBC resource. Includes a final section on 'could this happen today'? At the outbreak of war in 1914, the British Army had 700,000 available men. Germany’s wartime army was over 3.7 million. When a campaign for volunteers was launched, thousands answered the call to fight. Among them were 250,000 boys and young men under the age of 19, the legal limit for armed service overseas.