Also see the work of the Child Rights International Network (CRIN) on recruitment of under-18s into the UK armed forces.

March 2015
In advance of the United Nations Committee on the Rights of the Child's consideration of how the UK complies with the Convention on the Rights of the Child (during autumn 2015), the UK Parliament's Joint Committee on Human Rights has published a short report outlining areas of concern. The report states: Again, we hope that our successor committee will have an opportunity to scrutinise the issue of children serving in the armed forces in the light of the UN Committee's concluding ovservations which will be delivered in 2016. 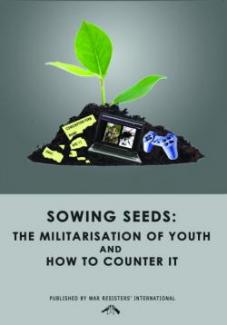 August 2013
This paper, published by ForcesWatch and Child Soldiers International, indicates that the risk of fatality in Afghanistan for British Army recruits aged 16 and completed training has been twice as high as it has for those enlisting at 18 or above.