However, in responding to the recommendations, the Scottish Government chose not to assess the issue from a children’s rights perspective, as the Committee recommended.(5)

Emma Sangster of ForcesWatch said, ‘While we recognise that the Committee have looked seriously at this issue, it is regrettable that they decided to not pursue their own recommendations as far as possible. However we are most concerned that, despite its commitment to child rights, the Scottish Government is showing no leadership on this issue, preferring to allow the armed forces to provide their own regulation.

‘Instead of denying the need for oversight, the Scottish Government should have taken the opportunity to provide leadership with a thorough assessment of the issue, and give guidance to schools on how to approach it, as would happen in other areas. We are sure that many headteachers would have welcomed this leadership from the Government. We also know that many parents would have.’

Mairi Campbell-Jack of Quakers in Scotland said, ‘Quakers in Scotland are disappointed to see MSPs continue to refer to the petition as though it aims to ban armed forces visits to schools, or to stop people pursuing a career in the forces.  Given the evidence of poor mental and physical outcomes for those who recruit under 18, the petition aimed to make sure informed consent is a reality for Scotland’s young people, and that as a country we continue to uphold children’s rights.’

The proceedings of the Public Petitions Committee meeting on 5 Sept 2019 can be watched here from 10.33am: https://www.scottishparliament.tv/meeting/public-petitions-committee-september-5-2019

The petition, submissions in evidence and report with recommendations can be found at: http://www.parliament.scot/GettingInvolved/Petitions/armedforcesvisitstoschools

For a background data report see ‘Armed forces visits to schools in Scotland: An update for 2016-2017’  https://forceswatch.net/sites/default/files/armed_forces_visits_schools_Scotland_2016-17.pdf

Quakers’ commitment to equality, justice, peace, simplicity and truth challenges them to seek positive social and legislative change. For information about Quakers in Scotland see http://quakerscotland.org/

2. Children’s Rights: Consultation on incorporating the United Nations Convention on the Rights of the Child into our domestic law in Scotland. https://consult.gov.scot/children-and-families/uncrc/

4. Submissions supportive of the petition were made by the Scottish Youth Parliament, the Children and Young People’s Commissioner, Together (Scottish Alliance on Child Rights) called for a Child Rights Impact Assessment to be made, Connect (formerly the Scottish Parent Teacher Council), and the Catholic Church, amongst others. http://www.parliament.scot/GettingInvolved/Petitions/armedforcesvisitstoschools

5. See letters from Deputy First Minister of December 2018 and July 2019 and petitioners’ letters of June and August 2019: http://www.parliament.scot/GettingInvolved/Petitions/armedforcesvisitstoschools 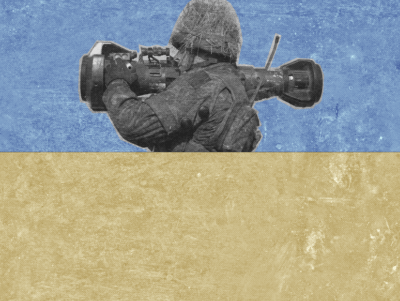