The Committee’s Concluding Observations cover a wide range of very important areas in which the rights of the child are not being fully protected or are being undermined, often as a direct result of UK government policy.

The Committee made a number of recommendations relating to the armed forces recruitment of under-18s and the military’s activities in schools.

Best interests of the child (para. 26)

The Committee regrets that the right of the child to have his or her best interests taken as a primary consideration is still not reflected in all legislative and policy matters and judicial decisions affecting children, especially in the area of alternative care, child welfare, immigration, asylum and refugee status, criminal justice and in the armed forces.

Refering to recommendations made by the Committee to the UK in 2008 regarding the Optional Protocol on the Involvement of Children in Armed Conflict, the Committee state that they ‘remain concerned’ about the UK’s stance of reserving the right to deploy under-18s in particular circumstances (see 1. below):

The State party maintains the wide scope of its interpretative declaration on article 1 of the Optional Protocol, which may permit the deployment of children to areas of hostilities and their involvement in hostilities under certain circumstances;

They also remain concerned about the recruitment of under-18s into the armed forces (against the spirit of the Optional Protocol – see 2 below), that vulnerable groups are over-represented, and that recruitment materials are inadequate:

The minimum age for voluntary recruitment as 16 years has not been changed and child recruits makes up 20 per cent of the recent annual intake of United Kingdom Regular Armed Forces;

The Army Board endorsed increasing the recruitment of personnel under 18 years old to avoid undermanning, and children who come from vulnerable groups are disproportionately represented among recruits;

Safeguards for voluntary recruitment are insufficient, particularly in the light of the very low literacy level of the majority of under 18 recruits and the fact that briefing materials provided to child applicants and their parents or guardians do not clearly inform them of the risks and obligations that follow their enlistment;

The longer contracts for those who join under 18 was criticised again:

The Committee recommended that the UK raise the age of recruitment and that recruitment is based on informed choice and is non-discriminatory. They also stated that access to schools for those with a recruitment agenda should be strictly limited.

Consider reviewing its position and raise the minimum age for recruitment into the armed forces to 18 years in order to promote the protection of children through an overall higher legal standard;

In recruiting persons under the age of 18, strengthen its safeguards required by article 3 of the Optional Protocol, in order to ensure that the recruitment is genuinely voluntary and based on fully informed consent of the recruit and their parents and legal guardians, and ensure that recruitment does not have a discriminatory impact on children of ethnic minorities and low income families;

Ensure that the minimum period of service applied to children who enlist into the army is no longer than that applied to adult recruits.

Also see The UN, child rights and the UK military

1. On situations in which the deployment of under-18s may be necessary the UK’s declaration re. the Optional Protocol on the Involvement of Children in Armed Conflict states: “The United Kingdom of Great Britain and Northern Ireland will take all feasible measures to ensure that members of its armed forces who have not attained the age of 18 years do not take a direct part in hostilities. The United Kingdom understands that article 1 of the Optional Protocol would not exclude the deployment of members of its armed forces under the age of 18 to take a direct part in hostilities where: – a) there is a genuine military need to deploy their unit or ship to an area in which hostilities are taking place; and b) by reason of the nature and urgency of the situation:- i) it is not practicable to withdraw such persons before deployment; or ii) to do so would undermine the operational effectiveness of their ship or unit, and thereby put at risk the successful completion of the military mission and/or the safety of other personnel.” See http://indicators.ohchr.org/ The report by Child Soldiers International to the Committee details situations in which minors have been deployed in error (page 10): http://www.child-soldiers.org/shop/out-of-step-out-of-time-recruitment-of-minors-by-the-british-armed-forces

2. On minimum age of enlistment, the UK’s declaration re. the Optional Protocol on the Involvement of Children in Armed Conflict states: “The minimum age at which individuals may join the UK Armed Forces is 16 years. This minimum broadly reflects the minimum statutory school leaving age in the United Kingdom, that is the age at which young persons may first be permitted to cease full-time education and enter the full-time employment market. Parental consent is required in all cases of recruitment under the age of 18 years. The United Kingdom maintains the following safeguards in respect of voluntary recruitment into the armed forces: 1. The United Kingdom Armed Forces are manned solely by volunteers; there is no compulsory recruitment. 2. A declaration of age, backed by an authoritative, objective proof (typically the production of an authentic birth certificate) is an integral and early requirement in the recruitment process. Should an individual volunteering to enter the United Kingdom Armed Forces be found either by their own dration or by inspection of supporting evidence of age to be under 18 years of age, special procedures are adopted. These procedures include: – the involvement of the parent(s) or legal guardian(s) of the potential recruits: – clear and precise explanation of the nature of duties involved in military service to the both the individual and their parent(s)/guardian(s); and – as well as explaining the demands of military life to the individual volunteer and establishing that he/she remains a genuine volunteer, the requirement that the parent(s) or guardian(s), having been similarly informed, freely consent to the individual’s entry into the Armed Forces and duly countersign the appropriate application or other appropriate recruitment process forms.” See http://indicators.ohchr.org/ 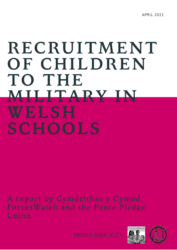