Should the armed forces recruit 16-year-olds?

Rachel Taylor, from the Coalition to Stop the Use of Child Soldiers, argues that it is time for British armed forces to join the rest of NATO and stop recruiting people as young as 16. 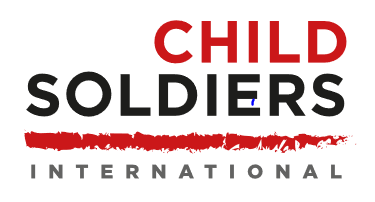 The Armed Forces: time for change

The present recruitment age of sixteen is too young to enter full time military training. If you are not old enough to vote, buy a pint in a pub, to ride a motorbike or even to buy fireworks are you not also too young to join the army?

Children and young people's rights groups are calling for a change in the law to end the recruitment of 16 and 17-year-olds into the UK armed forces.

The UK remains the only EU country to recruit 16 year olds into the military and one of very few EU countries to recruit 17 year olds. The UK has signed the Optional Protocol to the Convention on the Rights of the Child on the Involvement of Children in Armed Conflict yet there is evidence that the UK continues to target children from vulnerable groups and that safeguards to protect under-18s are not effective.

“Stricken by Iraq and low morale, the British army is on a desperate recruitment drive. Its new targets? Poorly educated teenagers and young schoolchildren.” This article looks at new recruitment techniques such as the Camoflage scheme, which includes a magazine and website designed for those as young as 13, MoD school presentation teams and various forms of ‘outreach’. “Our new model is about raising awareness, and that takes a ten-year span. It starts with a seven-year-old boy seeing a parachutist at an air show and thinking, 'That looks great.' From then the army is trying to build interest by drip, drip, drip."